WaderTales blogs are written by Graham Appleton, to celebrate waders and wader research. Many of the 100 articles are based on previously published papers, with the aim of making wader science available to a broader audience.

Click on a link in bold to read an individual blog. Black-tailed Godwits feature strongly at the start, followed by RSPB and Iceland-based  breeding wader research. Scroll down to find more about single-species articles (e.g. Dotterel, Woodcock and Turnstone) and broader issues of shorebird/wader conservation (e.g. migration, the importance of roost sites and the irreplaceable Yellow Sea). 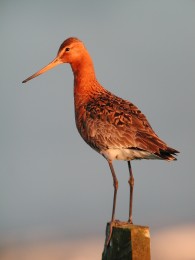 The individual movements and breeding season behaviour of Icelandic Black-tailed Godwits have been studied for twenty years by researchers at the Universities of East Anglia, Iceland and Aveiro. They have been helped by thousands of birdwatchers.

The range of wader research in Iceland has expanded over the years and these blogs give a taster of the the breadth of the work.

The work of RSPB and University of East Anglia scientists features strongly in these blogs, which focus on support for breeding wader populations in lowland wet grassland and salting. 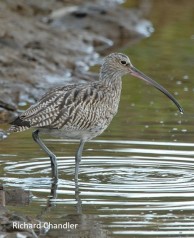 It is becoming increasingly obvious that large waders are facing big challenges at different stages of their lives, as shown in the first blog in this list. For British & Irish breeders most of the problems are associated with the breeding season; too few chicks are being reared and the species is being lost from many areas.

This section is a bit of a miscellany. Each blog is focused on a particular species and is usually based on a scientific paper that highlights a broader issue of conservation importance.

One of the aims of these blogs is to engage people in projects that are in need of volunteers or other forms of public engagement.

The intention is to add one or two new blogs each month. You can sign up to receive an e-mail notification when a new one is published.