Predation and perceived risk of predation in Lapwings

Conservation organisations such as the RSPB Centre for Conservation Science benefit greatly from applied conservation research by MSc students from the University of East Anglia. Two papers, published in 2016, report on projects by Sam Leigh and Nik Bertholdt that focus on risks and perceived risks to nesting Lapwings.

Lowland, breeding waders are increasingly confined to nature reserves, and the wet grasslands of the Norfolk Broads retain some of the largest remaining populations of Lapwing and Redshank in England. Over the last two decades, a collaboration between Dr Jennifer Smart of RSPB and Professor Jennifer Gill the University of East Anglia (UEA) has helped to identify some of the key habitat management options that can attract breeding waders. A series of dissertation projects by nine students on the Masters in Applied Ecology and Conservation course at UEA have contributed greatly to this knowledge, complementing four PhD and three post-doctoral projects, as described in Jen Smart’s Wader Study perspectives paper. 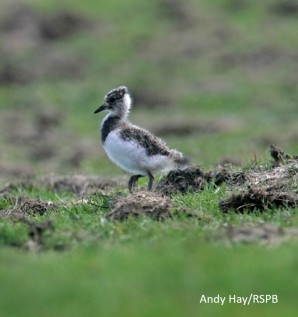 In a previous WaderTales blog – A helping hand for Lapwings – there is a summary of some of the actions that can support breeding populations. Short, grazed grass and surface water are attractive to waders at the start of the breeding season and invertebrate densities are greater around these wet features, which generally dry out as the season progresses. However, unsustainably high levels of nest predation mean that numbers of breeding waders are struggling to recover, despite the creation of great breeding habitat. We need to understand which landscape features might influence the risk of nest predation, especially if these features might be managed in ways that could reduce predation rates.

Two MSc dissertations by Sam Leigh and Nik Bertholdt have focused on different aspects of predation risk. They were published, in Animal Conservation and Bird Study.

Sam Leigh asked whether patterns of nest predation on a major RSPB nature reserve (Berney Marshes, in the Norfolk Broads) were influenced by management of the surrounding area. Much of the land adjacent to Berney is managed as arable farmland, whilst other areas are grassland. Some of the latter fields are within agri-environment schemes (AES) for breeding waders, and are therefore managed more sympathetically than the commercial land. The main nest predators of Lapwings are foxes, and their activity around the reserve might vary depending on surrounding land (given the large areas over which they can roam).

Nik Bertholdt worked at Stanny Farm in Suffolk, a commercially-farmed site with breeding waders nesting on the wet grasslands. He had help from extremely supportive landowners, Paul & Louise Cooke, who provided Nik with somewhere to stay and a grant to help with research costs, and local wader enthusiasts (led by Rodney West). Nik wanted to know if the presence of trees and small copses within wet grasslands could potentially influence patterns of Lapwing nest predation. Predators such as foxes and corvids could be attracted to these areas by the presence of small mammal prey (within and around the woodland), the availability of perches for birds or den sites for mammals. 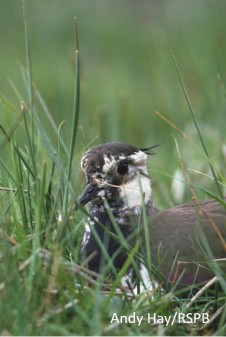 Nik found that Lapwings avoided nesting close to (within 500 m of) the copses but that nest predation rates did not vary with distance from copses at greater distances. This could either mean that predator activity is not focused on these copses or that the Lapwings have avoided predation risk by nesting further away – and hence outside the area of influence of predators. Whatever the reason, Lapwings are not using what would otherwise be thought of as suitable nesting habitat, thereby potentially reducing the numbers of pairs that could nest in the area. Removal of small woodlands in grasslands in which breeding waders are a conservation priority could increase habitat availability for Lapwings.

By working alongside conservation organisations throughout the world, students on the Masters in Applied Ecology and Conservation course at the University of East Anglia have been well placed to combine research experience with learning that is directly aimed at furthering a career in ecology. Sam Leigh undertook a PhD at the University of Reading on ecosystems services in agricultural systems and Nik Bertholdt works for Natural England. On average, three projects each year are later written up as peer-reviewed publications, with support from project supervisors at UEA and in partner organisations, resulting in a WIN-WIN-WIN situation for the students, the university and the partner organisations. 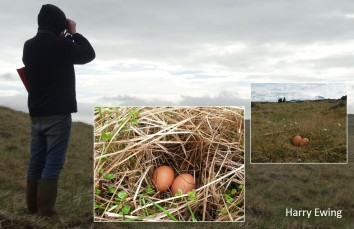 Students on the MSc AEC course at UEA travel all over the world to carry out conservation-related research projects. For example, Harry Ewing (pictured here) worked in Iceland, studying the effects of woodland patches on breeding waders. Other MSc students from this year-group worked on a wide range of projects, including warblers in East Anglia, invasive caterpillars in the Seychelles, sloth bears in India, critically endangered turtles in Vietnam and tropical forest restoration in Brazil.

To learn more about the UEA AEC course please read page 54 of this brochure. Download here.