Decades of drainage and agricultural intensification have caused huge declines in numbers of breeding waders in the lowland wet-grasslands of Western Europe. Although we were already well aware of these problems by 1995, and farmland prescriptions have been used to try to arrest the declines since then, we have still lost nearly half of Britain’s breeding Lapwing in the last twenty years. Even on nature reserves and in sympathetically-managed wet-grassland, it has proved hard to boost the number of chicks produced. Why is this and what else is there that can be done?

This is a summary of a presentation by Professor Jennifer Gill of the University of East Anglia and Dr Jen Smart of RSPB, delivered at the BOU’s Grassland Workshop (IOC Vancouver, 2018).

There are five key techniques in the tool-kit used by conservationists trying to support breeding waders:

Size of the problem

The decline in wader numbers in England has been happening for a very long time. In just the period 1995-2016, Lapwing numbers have fallen by a further 26% and Redshank numbers by 39%, according to Bird Trends, produced by BTO & JNCC. Within the English lowlands there has been a dramatic contraction into nature reserves, especially in the east of England.

The Breeding Waders in Wet Meadows survey showed that fields that are within nature reserves are much more likely to be occupied than other fields in wet grassland, particularly those that are included in wader-specific agri-environment schemes. The study is published in Ibis by Jen Smart et al. 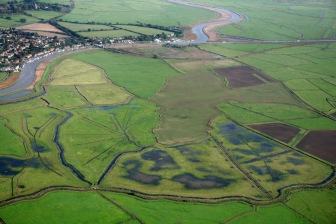 Reserve managers and sympathetic landowners have become very good at creating the sort of habitats that attract breeding Lapwings. Autumn and winter grazing can be manipulated to produce short swards, whilst adding in shallow pools and foot-drains (linear features running through fields) increases feeding opportunities for chicks. See Restoration of wet features for breeding waders on lowland grassland

The RSPB has invested heavily in time and equipment to deliver these lowland west grasslands, on their own land, on other nature reserves and on commercial farmland. By working with Natural England, they have helped to shape agri-environment schemes that can be used to deliver payments to farmers who are well-placed to create habitat that suits breeding waders.

In the east of England, there are now more than 3000 hectares of this attractive, well-managed wet grassland habitat, designed to be just right for species such as Lapwing. The graph alongside, drawn using RSPB data, shows the number of pairs of Lapwing (green), Redshank (red) and other waders (Oystercatcher, Avocet & Snipe: blue) in Berney Marshes RSPB reserve in eastern England for the period 1986 to 2016. There were early successes, as new areas were purchased and transformed, but growth in wader populations has not been sustained, despite ongoing improvements in land management. What is preventing further recovery?

In a paper in the Journal of Ornithology, Maya Roodbergen et al  used demographic data collated across Europe to show that there had been long-term declines in nest survival and increases in nest predation rates in lowland wader species. One of the main focuses of management action at Berney Marshes is to maximise Lapwing productivity but nesting success is still below 0.6 chicks per pair in most years (see graph), which is the minimum estimated productivity for population stability (Macdonald & Bolton). Not enough chicks are being hatched, with the vast majority of egg losses being associated with fox activity.

The obvious solution for breeding waders must surely be to shoot foxes? It’s not that simple. In a multi-year, replicated experiment to assess the impact of controlling foxes and crows, RSPB scientists showed that there were no clear improvements in wader nesting success; effectiveness is very much site-specific. Much may well depend on how much fox control there is in the surrounding area. 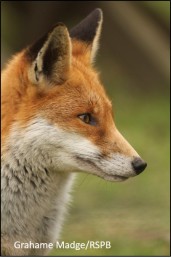 If fox impacts cannot be reduced sufficiently through lethal control, perhaps it is possible to reduce their effects on waders by understanding the ways in which foxes forage and to adapt the habitat appropriately? Work by Becky Laidlaw and others has shown that Lapwing nest predation rates are lower close to tall vegetation and in areas with complex wet features. However, Becky has also shown that management to create these features, even in areas of high wader density and effective predator mobbing, is only likely to achieve small reductions in nest predation. There is a WaderTales blog about this: Can habitat management rescue Lapwing populations?

One solution to the fox problem that does work is to exclude foxes (and badgers) from an area, by using electric fences. See paper by Lucy Malpas (now Lucy Mason). Fences may be deployed at different scales; just around individual nests, temporarily (around individual fields) or permanently (around larger areas).

RSPB has produced The Predator Exclusion Fence Manual. Click on the title for a link.

Although it might be possible to improve the habitat that is available for breeding waders and to reduce predation pressure, it is sometimes too late to boost numbers – simply because populations have shrunk to too low a level. At this point, head-starting (rearing chicks from eggs) may be appropriate. This blog celebrates the success of the first year of a joint initiative by RSPB and WWT (Project Godwit) to increase the local population of Black-tailed Godwits in the East Anglian fens: Head-starting Success.

In trying to boost breeding wader populations, land-managers and conservationists have developed techniques to increase site attractiveness and reduce predator impacts, through management, control and exclusion. The tools that are used will depend upon species, budget and conservation priorities.

This work was presented by Jennifer Gill & Jen Smart at a BOU symposium on the Conservation of Grassland Birds, in Vancouver, August 2018.

WaderTales blogs about Lapwings and Redshanks

The work of RSPB and University of East Anglia scientists features strongly in these blogs, which focus on support for breeding wader populations in lowland wet grassland and on coastal saltings.

WaderTales blogs are written by Graham Appleton (@grahamfappleton), who  has studied waders for over 40 years and is currently involved in wader research in the UK and in Iceland.  He was Director of Communications at The British Trust for Ornithology until 2013 and is now a freelance writer and broadcaster.

12 thoughts on “Tool-kit for wader conservation”