This article has been slightly adapted from one written for the Autumn 2015 edition of The Harrier, published by the Suffolk Ornithologists’ Group

The space-invader cries of displaying Lapwings are welcome signs of spring across much of Britain’s countryside and losses of this iconic species, especially in lowland England, have been well chronicled.  Conservation organisations, and the RSPB in particular, are successfully supporting breeding numbers on nature reserves but how can their interventions be replicated on working farms, without flooding fields and installing fox-proof electric fences? 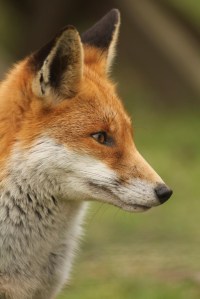 Dr Jen Smart of the RSPB Centre for Conservation Science and Professor Jenny  Gill of the University of East Anglia have been studying breeding waders on  RSPB Reserves in the Norfolk Broads for over ten years, but more recently they have extended their wader research into commercially managed grasslands across Norfolk and Suffolk, using funding from Defra.  At the February 2015 ‘Foxycology’ conference, Dr Smart explained how the RSPB is trying to manage the conflict between the conservation of ground-nesting birds and foxes.  The RSPB does not rule out shooting as a protection measure – there’s active fox control in the study site – but prefers to adopt non-lethal solutions to the predation problem.  One answer may be to provide foxes with ‘convenience food’, in the form of mice and voles.  If it’s easier to find mice and voles than wader nests and chicks then perhaps that’s what foxes will do?

Predation is a natural process but rates can be severely skewed by the way that the countryside is managed, especially when the balance of predator and prey is disturbed.  Many predators are opportunists, with species such as foxes, crows, gulls and raptors switching their activities to take advantage of local food availability.  Seasonal abundance of food resources can affect both survival and productivity.  An inexperienced young fox must have a better chance of surviving the winter if he is presented with a generous supply of released pheasants, whilst a vixen, trying to raise a litter of cubs, will find easy pickings in a gull colony.  In the same way, a nature reserve that is full of nesting waders will often attract foxes during the breeding season.

The RSPB has become very good at increasing populations of wading birds breeding on their lowland nature reserves but staff are frequently frustrated by the low numbers of young birds that survive through to fledging in some years.  Adding water to the landscape, in the form of pools and ditches, attracts high densities of breeding waders, as these wet features provide insect-rich places to which adults can take their chicks.  The RSPB/UEA research team has found that Lapwing nests are far more successful when birds nest at high densities, presumably because they work together to look out for and drive off potential predators, and they also found that Redshanks benefit from the activities of the more numerous and defensive Lapwings.  Practical actions, such as clearing woodland that abuts wetland or removing single trees in which crows sit to spot the next meal, have been shown to reduce avian predation in the daytime, to such an extent, in fact, that three-quarters of nest-losses are now taking place at night.

Using cameras, the team has shown that 70% of the culprits filmed taking eggs are foxes, with badgers coming a distant second, at 12%.  Wader chicks leave the nest soon after hatching, and RSPB research has shown that chick predation is then largely from foxes at night and raptors in the daytime, but with stoats, weasels and opportunistic birds, such as grey herons, taking smaller numbers.  Overall, by far the biggest threat to productivity is the fox.

One fox (and badger) deterrent that is available on nature reserves is to use well-maintained mains-supplied electric fences to surround fields in which waders nest.  Trials by the RSPB have shown that Lapwing fledging success is significantly improved in fenced areas, increasing from just over 0.2 chicks per pair to 0.8 chicks.  The target level for a sustainable population is 0.6 young per pair so the lower figure is well below par and 0.8 should be providing a surplus of birds that can go on to nest elsewhere.  Fences are not perfect, however; they do not exclude predators such as stoats and weasels, and the increased success of nests means high densities of chicks can be an irresistible resource for opportunistic and adaptable aerial predators trying to feed their own young.  Fencing is also only really effective on a relatively small scale so does not provide the solution to what is a landscape-scale problem.  RSPB research has shown that there is a lot of variability in predation rates, which provides opportunities to try to understand the complex interactions between foxes, mustelids (stoats and weasels), small mammals and waders.

In open grassland, Lapwings can keep an eye out for approaching predators: Richard Chandler

Much of the patchiness of productivity within a site is linked to the amount of grass in fields and along field edges.  Grazing is a key management tool in wet grasslands, with cattle creating the short and varied sward structure that is attractive to a range of breeding waders.  By using ink tracking tunnels, within which mammals leave their footprints, and looking for field-signs of activity, Dr Becky Laidlaw has been able to show that this short grass is of little use to mice and voles.  She discovered that they prefer verge areas, outside the fields, where the grass is at least 20 cm tall and where there is ground-level vegetation cover of more than 80%.  Using data on wader nest success collected over 10 years, she was also able to show that Lapwings nesting in fields close to this small mammal habitat had lower rates of predation. Adding in tall grass strips and patches within a farmland landscape could potentially increase the populations of small mammals, thereby distracting foxes and mustelids, and reducing predation pressure.  Avian predators of wader chicks might appreciate this intervention too!  This work is published as:

The influence of landscape features on nest predation rates of grassland-breeding waders by Rebecca A Laidlaw, Jennifer Smart, Mark A Smart & Jennifer A Gill in Ibis 157:4 Oct 2015

Over the last two years, the RSPB/UEA team has worked with landowners of commercial grasslands across East Anglia, who between them are responsible for a large percentage of remaining breeding wader populations. Building on the work on reserves, the aim was to understand whether habitat suitability and predation processes differ between reserve and wider countryside waders.  To accomplish this, they assessed the extent to which grassland management options within agri-environment schemes support small mammal populations, as well as measuring field wetness, Lapwing densities and nest predation rates.  They also assessed the importance of different nest predators for waders nesting in the wider countryside and within nature reserves.

Becky and her team found similar distributions of small mammals in the wider countryside as had already been found on nature reserves.  Within both, there were higher densities of small mammals within grassland habitats outside of fields, while presence within fields did not vary significantly among fields managed under different grassland agri-environment options.  Encouragingly, densities of Lapwing nesting in fields managed in accordance with the breeding wader option were significantly higher than in fields with no interventions. Lapwings nesting in areas with many other Lapwings and nests that were closer to patches of small mammal habitat were less likely to be predated, but the rate of Lapwing nest predation did not differ between the wider countryside and reserves.  It should be possible, therefore, to create Lapwing hot-spots outside of nature reserves, thereby expanding the reproductive potential of East Anglia.  Unsurprisingly, given the previous findings about the causes of nest-losses on nature reserves, wider-countryside sites where foxes were present experienced both higher overall nest predation and nocturnal nest predation. 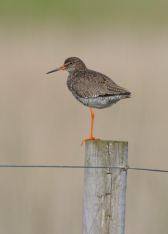 The main findings of this study are that wader nest predation rates and spatial patterns of nest predation on lowland wet grasslands are remarkably similar inside and outside reserves. This should help to directly inform the design and development of lowland wet grassland landscapes, making them capable of attracting and supporting sustainable populations of breeding waders within the constraints of commercial grasslands.  Jen Smart is optimistic; “If we can provide wet fields that look attractive to Lapwings in spring and patches of tall vegetation that hold high numbers of small mammals it ought to be possible to improve nesting success and productivity”.  She and her colleagues are now looking at how a range of different agri-environment options might be used to create such landscapes.  The next phase of the project will be to try out the most promising options, in order to see the scale at which these patches of tall vegetation for small mammals need to be provided if they are to deliver the desired result – more breeding waders.

The are several other WaderTales blogs that may be of interest to people who like Lapwings:

15 thoughts on “A helping hand for Lapwings”